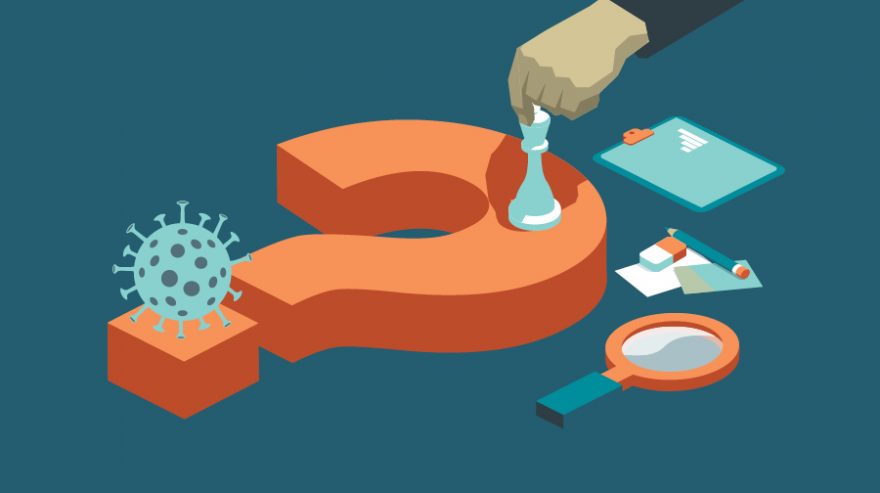 School and district leaders are telling vendors they don’t want to hear sales pitches now — as the coronavirus upends education systems — and so companies are pivoting.

Vendors are instead focusing on honing their responses to inbound marketing, ramping up outreach on social media, and speeding up the development of new products that either weren’t on the future roadmap, or were planned for further down the line.

It amounts to developing a revamped business playbook in a rapidly shifting environment.

Despite many districts shutting down, many education vendors say they’ve seen huge demand for their products and services, as districts look to help teachers and deliver content to students, much of it virtually.

Companies of all sizes are offering extended free trials, opening up premium services to schools and students, and navigating a new business reality as the country hunkers down at home and learning goes remote.

Newsela Chief Marketing Officer Adriel Sanchez said his company has overhauled its sales and marketing strategy in the wake of the coronavirus outbreak.

The online learning company continues to develop a deep bench of resources around COVID-19—everything from how pandemics work to sorting fact from fiction around the virus. Recently, Newsela decided to offer its entire suite of products for free to customers and non-customers through the end of the school year.

Sanchez said the goal is to have Newsela reps approach educators with care, from a position of wanting to help. But some districts have still gotten in touch with Newsela with requests to sign new contracts as “this process has exposed some weaknesses that they want to take core of once and for all,” he said.

The company’s strategy is “to be empathetic, to be situationally aware,” Sanchez said. “We’ve communicated some updated guidance to our sales teams.”

The difference between coming off as helpful and opportunistic is in the tone and message, said Paula Reed, the CEO and president of BizEducation Consulting Inc. She recently put out a call on LinkedIn for companies to be more respectful of all that educators are dealing with right now.

“But there’s a thin line between being an ambulance chaser and a true partner in concern,” she said.

Reed is telling her clients to put out information on social media and let districts or educators who want the product to find it on their own.

“It’s a way you can push out your materials without being pushy,” she said.

Kajeet, which provides Wi-Fi hotspots and devices to students and schools, is seeing demand for its products rise.

The company sells products that allow students to access the internet from home, and right now Kajeet is relying nearly entirely on inbound marketing.

Inquiries have increased by at least tenfold, said CEO Daniel Neal. The company has updated its website with a banner that links to information about COVID-19 preparedness and those interested can enter an email address and quickly get a quote.

The company is giving away some free equipment and has made a commitment not raise prices on high-demand items. In addition, Kajeet is limiting quantities of popular items that can be purchased to spread the resources to more schools and districts, Neal said.

The use of Kajeet devices goes to the heart of schools’ legal responsibility to provide equitable access to education to students. “This situation has shined a very bright spotlight on that need,” he said.

Julia Rivard Dexter, the co-founder of Squiggle Park, a free learning game for students, said demand for her product has spiked: Active users have tripled in the last two weeks.

Squiggle Park’s Dreamscape game is modeled on video games like Clash of Clans, and is always free for schools and students. If students want to purchase in-game extras they pay for them.

Schools and districts “don’t have budgets right now—they haven’t planned for this,” she said. So Dreamscape is an easy draw.

Dexter said her company has never been one to do hard-sell marketing, but even so, it has pulled back.

We’re not hunting people down. We’re making ourselves available. Beth Lawrence Infercabulary “We halted any of our regular outreach because we’re getting so many inbound contacts from people,” she said.

The company instead funneled resources into creating online training for teachers on how to support students doing remote learning through the game.

While education leaders are urging companies not to bombard them with pitches, they do seem to appreciate outreach from companies they have relationships with and that they trust, Reed said. Sometimes that means sending a genuine message of support, with no strings attached.

“Start from your heart,” Reed said. “The business will come back when this ends, but only if you start with an empathetic voice, not an economic one.”

Online, adaptive math program DreamBox Learning contacted its existing customers through its DreamBox Nation group for educators, social media channels, and through employees that already had relationships with district leaders.

“We didn’t know what to do in the beginning,” said CEO Jessie Woolley-Wilson

And schools and districts were happy to have that outreach, she said. DreamBox decided to offer free access to DreamBox Learning for students not currently on the system and schools can get free site licenses through the end of the academic year. The typical 30-day free trial period for parents has been extended to 90 days to take them through the end of the school year.

Though Woolley-Wilson said she thought more people might hear about the offer if the company put out a press release, she decided against it. “That felt like we were making it more about DreamBox,” she said.

Instead, the company spread the world through social media and its user base, and users on social media amplified the message. Free trial signups have spike by 2,400 percent and by last week the company had added 300 new schools to its platform, she said.

At Infercabulary, an online vocabulary instruction program, co-founder and CEO Beth Lawrence said her small team has had to pivot.

The company is offering two months free to all schools and is creating new content and video lessons to make it easier for educators to use the product. That was something the company had planned to do further down the road, but is scrambling to craft it now. Lawrence said she expects to have that content up and running next week.

But the company didn’t want to announce their new offerings until they were sure it was ready, Lawrence said.

“We want to make sure we have everything in place and aren’t offering something we don’t really have,” she said. “We’ve seen a few times where companies had to retract their offers.”

Lawrence said the company is also not focused on sales and marketing as it normally would be at this time. “I’ve seen annoyed district officials saying, ‘Don’t contact me, I’m putting those email in the trash,’” she said. “Inbound requests are not making them happy.”

Instead, Infercabulary is using social media to get the word out and is working hard to get on the lists that some organizations are putting together with resources for educations.

“We want to be on those lists and if there is a need they’re going to use what we have,” she said. “We’re not hunting people down. We’re making ourselves available.”