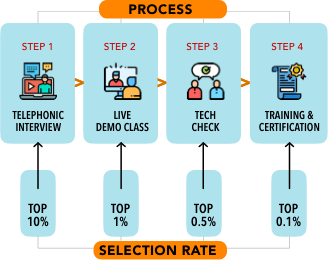 WhiteHat Jr. has developed their own original coding curriculum, which is centered on product creation, and imparts their lessons via 1:1 live, interactive online classes. The new funds will be used to strengthen their technology platform, expand the course curriculum as well as increase consumer awareness.

Over the past few months, WhiteHat Jr.’s online platform has seen over 150,000 student trials, over 500 teachers onboarded and 100% month-on-month student and revenue growth. The company conducts 1,000 online classes per day and has experienced resounding demand with all capacity regularly booked within an hour of being announced and maintaining a daily waitlist of 500 students.

Commenting on the development, WhiteHat Jr.’s CEO, Karan Bajaj said, “Our mission is to harness the natural creativity of kids and shift their mindset from an early age - from being consumers to creators of technology. It’s been heartening to see the projects of kids in the first 6 months of launch as they’re creating immensely creative, high utility digital applications that are bound to have a long-term impact.”

"Our mission is to harness the natural creativity of kids and shift their mindset from an early age - from being consumers to creators of technology."

Anup Gupta, Managing Director, Nexus Venture Partners, said, “We have been privileged to partner with Karan from the concept stage of the company, and been very impressed with their execution and rapid growth. We are excited to strengthen our association with WhiteHat Jr.’s mission of creating the next generation of innovators and thinkers.”

Amit A. Patel, Managing Director, Owl Ventures said, “This is our second investment in India and WhiteHat Jr. has created something that is unique, scalable and very relevant, not only in India but across other markets.”

Namita Dalmia, Principal, Investments, Omidyar Network India, added, “We invested in WhiteHat Jr. with an aim to improving cognitive skills and we’re heartened to see the impact of its curriculum on kids through improvements in creativity, concentration, and logical thinking as well as teachers who’re highly educated women tech professionals returning to the workforce.”

All classes are taught Live 1:1 online in the comfort of your home by Top 99.9th percentile of certified teachers. The startup is backed by Nexus Venture Partners, Omidyar Network India and Owl Ventures.